Cities on The Move: Los Angeles at The Frontline of Sustainable Mobility Innovation 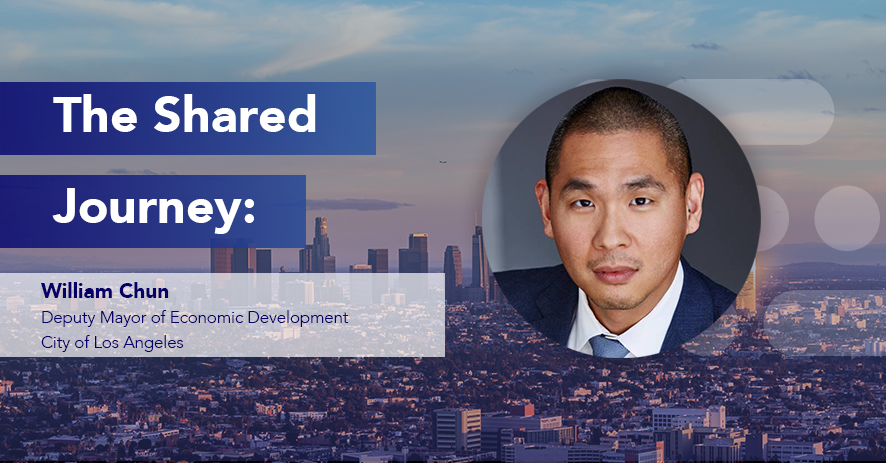 Vulog sat down with Los Angeles' Deputy Mayor of Economic Opportunity, William Chun, to discuss the thriving shared mobility ecosystem in LA, sustainable transportation in 2020, as well as Mayor Eric Garcetti's goals as the new chair of the C40 Cities.

Vulog: Please introduce yourself and tell us about what your role at the LA Mayor’s Office entails.

Deputy Mayor: My name is William Chun and I am the Deputy Mayor overseeing economic development activities for the city of Los Angeles. Our core mission is to grow LA’s economy, by connecting economic opportunity for everyone in Los Angeles and make sure that no one is left behind. We concentrate on job creation, building our infrastructure, bringing tourism and investment to LA.

Regarding some of our major projects, as I mentioned our infrastructure is a key economic driver, not only for the city of LA, but really for the region and the rest of the country. I oversee the port of Los Angeles and the airport, LAX. We are really trying to make public and shared transportation more accepted when it comes to getting around LA.

Vulog: Tell us more about the Urban Movement Labs.

Deputy Mayor: Urban Movement Labs is a part of the mayor's vision of making LA the transportation technology capital of the world. When someone says LA they think of Hollywood, beaches, and traffic. The mayor's thinking is always "let's try to solve things together, let's try to work with the private sector to solve our most important issues and problems. LA is blessed with many technology companies, with innovative and creative thinkers, let's try to harness that energy to try to solve traffic." With that thinking, the Urban Movement Labs was born. It is a public-private partnership that aims to deploy proven and emerging mobility solutions in real urban conditions. We want to offer parts of LA to these companies to test their technology, and if proven right, to scale it. What better place to test your technology than the streets of Los Angeles!

Vulog: The launch of the Urban Movement Labs included a lot of language on inclusive mobility, can you clarify what you meant by that?

Deputy Mayor: Yes! We love inclusiveness. As I mentioned before, as the Deputy Mayor of Economic Opportunity, we want to be sure that any new technology that is created isn't only available to the wealthiest of the wealthy. We want to be sure that, specifically regarding income levels and geographically, that those technologies are available to everyone, that they are cost-effective for everyone, and that they are not out of reach from everyone.

Vulog: What is the mayor's sustainability agenda for the city with LA's Green New Deal and how does shared mobility fit within that?

Deputy Mayor: The subject of sustainability with the Green New Deal is going to be big for us. Mayor Garcetti has become the chair of the C40  cities and we see 2020 as the beginning of the decade of climate action. Climate change is an international problem. In that regard, membership organizations like C40 definitely help our relations with cities, entities, and companies outside of LA, outside of the country, that increase our knowledge and capacity to combat climate change. We have a lot of initiatives where the city can lead by example. We need to look at our waste, we need to look at the materials that we are using in our everyday lives. In the mayor's mind we need to set our goals, otherwise we will never move the needle. By setting those goals, setting those metrics, we can find out what our baseline is and then move forward. I think we are building the groundwork for this critical green urban transformation.

Vulog: How do you think shared mobility can become a part of the solution for making LA more sustainable?

Deputy Mayor: That is a great question. In LA we have this history, legacy, and culture around cars, but that is definitely changing as the city is growing, both in infrastructure and population. I think a lot of Angelenos and elected officials recognize that. The mayor has taken bold steps in leading us, not just the city, but the region of Southern California, in that direction. A big part of that is through this initiative called Measure-M, which delivers 120 billion dollars to build out a lot of our infrastructure for public and shared mobility, including 15 new rapid transit lines, new bicycle lanes and pedestrian projects.

Vulog: How do you commute to work?

Deputy Mayor: I will preface this by reminding you that I am a native Angeleno so I did grow up with cars, so generally I do drive. My own personal goal is to not own a car in about 3-5 years and I feel pretty confident in that because there are so many options available with public transit and shared mobility companies. I used to live in Santa Monica and that was when I saw for the first time these shared scooters that they very quietly dropped in the streets, and I fell in love. As these shared mobility groups develop I think we are going to have so many options that will make it easy to not own a car.

Vulog: Research shows that younger generations are not thinking about owning a car, but if they are, they are wanting to buy electric. Would you say this trend holds true in LA?

Deputy Mayor: Absolutely. In LA we have definitely seen that adoption. There are so many EVs, especially Teslas and Pruises. We are building out EV charger infrastructure so that  it is a lot easier to own an EV. The technology has advanced so far that it is not only a viable option but it is the prefered option.

Vulog: Do you think the adoption rate of shared mobility, combined with LA's increasing investment in electric infrastructure, is effectively allowing Angelenos to test out this technology and adopt it to their lifestyle?

Deputy Mayor: Absolutely. Such a change of behavior is really the hardest obstacle to overcome when you talk about consumers. As a city we want to reduce that friction as much as possible as newer, more sustainable practices are adopted. When a consumer is considering the electric car they often say "there's just not enough electric chargers around in the city." Well you know that is an issue we can help address. Our goal is to increase the percentage of zero-emission vehicles in the city to 25% by 2025, 80% by 2035, and 100% by 2050. These are ambitious goals, but we have faith that with the private sector we can get there.

Vulog: Speaking of goals, what are some of the mayor's plans for the world's cities now that he is the head of the C40 organization?

Deputy Mayor: I think the biggest part is awareness, because shockingly there is still some percentage of the world population that doesn't think climate change is real. Through C40 you have this network of cities around the world that serve as a way to share ideas and to collaborate. The mayor uses his position as a platform to raise awareness and bring others in as partners to lead the fight for climate action. I think it starts with the city of LA, where he can accomplish these goals, and then plan what else he can do for other cities.

Vulog: We have seen LA form strong collaborations with many mobility actors, including Mocean Carsharing, where it was great to have the mayor's office as part of the announcement. Considering that, are you working on any new mobility topics?

Deputy Mayor: We are going to announce several initiatives this year. One program is identifying mobility challenges with and designing new solutions for the airport and port. We've already started at the airport. Where before Uber and Lyft could drop-off and pick up at our terminal, because of the traffic, we moved them away to a lot outside of the airport. That was such a departure from past behaviors for passengers who frequently traveled through LAX. We are also going to identify certain pilot zones in the city to allow companies to test their technology.

Vulog: What type of companies are you seeing enter the shared mobility space in LA, and what is your hope for its continued growth within your city?

Deputy Mayor: Everyone is looking to get into shared mobility right now. We recognize that there is a whole ecosystem to that with each actor playing its own unique role. As a city, we are willing to talk to whoever is interested, even companies that don't have to be based here in LA, but who are committed to this larger goal. We are very much open to collaborating with Vulog, and are very excited about the partnership you have with Mocean Labs and hope we can work together more in the future. 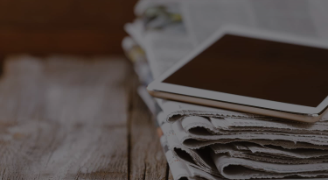 Don't miss our future news, subscribe to our newsletter!

You want to share your own expertise and have your own article featured in our news?